This year we celibrate the 35th anniversary of the commissioning of the Research Vessel “Akademik”. 303 scientific cruises have been carried out for this period of time, with a total of 2093 days at sea, which has traveled more than 120,000 nautical miles. 28 international scientific cruises with the participation of prominent researchers such as Prof. Robert Ballard, Prof. Bill Ryan and others were also held. A great deal of scientific data has been gathered to help clarify the basic characteristics of the Black Sea’s physics, chemistry, biology and geology and their dynamics, and improve our knowledge of the marine environment.

R/V “Akademik” is a part of the project MASRI from the road map of the scientific infrastructure of the Republic of Bulgaria and participates in important European infrastructures such as EUROFLEETS, EuroARGO and others.

On the occasion of the anniversary of the vessel, from 17th to 21st June in the Central Lounge of the Bulgarian Academy of Sciences, an exhibition entitled “35 Years NIK “Akademik” organized by the Institute of Oceanology and dedicated to the 150th anniversary of the Bulgarian Academy of Sciences was opened. The exhibition was officially opened by the Director of IO-BAS. The exhibition was in the form of posters and was structured in three thematic blocks. The first block presents the technical characteristics of the ship, the laboratories and the equipment. The second block introduces the visitors to the thematic research and the multidisciplinary character of the research activity, and here are the most significant international expeditions conducted on the board of “Akademik”. The third block is dedicated to R/V “Akademik” cruises of national significance, such as the implementation of European policies in Bulgaria (WFD and MSD).

At the opening ceremony Prof. Moncheva introduced the participants with some important highlights related to the research activities of R/V “Akademik”. She made a brief overview of the cruises, paying attention to international cruises, the introduction of innovative technologies, the opportunities for generating new knowledge and the possibility of joining large European infrastructures. She also stressed the importance of R/V “Akademik” for fulfilling Bulgaria’s commitments for sustainable management of the marine environment as an EU member state. The Director of the IO-BAS awarded honorary plaques to the Bulgarian Academy of Sciences, the Ministry of Education and Science and the Ministry of Environment and Waters for their gratitude for her successful exploitation for 35 years. Prof. Moncheva finished his speech, calling for the construction of a new research vessel, with which Bulgarian scientists to continue the research of the Black Sea by generating new data and knowledge. During the official opening of the exhibition a movie about the international expedition “BIO-OPT 2019”, the last one that took place this year with R/V “Akademik” was shown.

The festival will continue in Varna on board of R/V “Akademik”, where the same exhibition will be presented on July 12th. 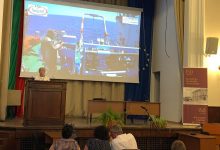 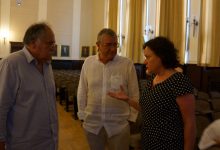 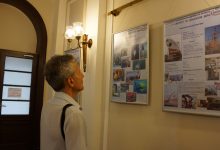